Southern California gas price averages moved closer to $3 a gallon as demand continued to increase over the Memorial Day holiday, according to the Automobile Club of Southern California's Weekend Gas Watch. Today’s retail statewide average is $2.88 a gallon for regular unleaded, up five cents from last week and $1.12 less than last year.

“One major refinery in Northern California remains shut down, which has tightened supply statewide as more people return to work and resume their commutes,” said Auto Club spokesman Jeffrey Spring. “But gas price averages continue to be more than a dollar lower than this time last year and more than 60 cents lower than at the beginning of March when the pandemic began affecting gasoline demand.”

The Weekend Gas Watch monitors the average price of gasoline. As of 9 a.m. on May 28, averages are: 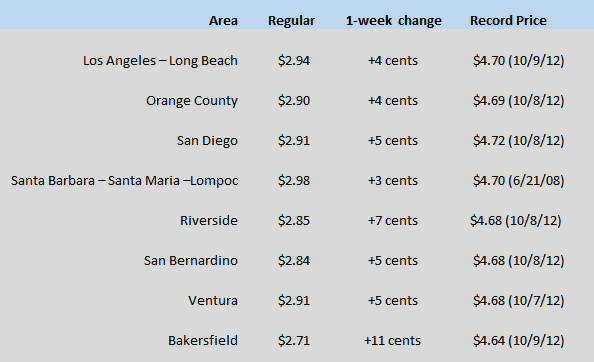