Despite dropping demand from stay-at-home orders, gas prices in most areas have stayed in a narrow five- to seven-cent range for three months in a row, according to the Automobile Club of Southern California’s Weekend Gas Watch. Today’s retail statewide average is $3.18 a gallon for regular unleaded, which is unchanged for three straight weeks.

The Weekend Gas Watch monitors the average price of gasoline. As of 9 a.m. on Dec. 17, averages are: 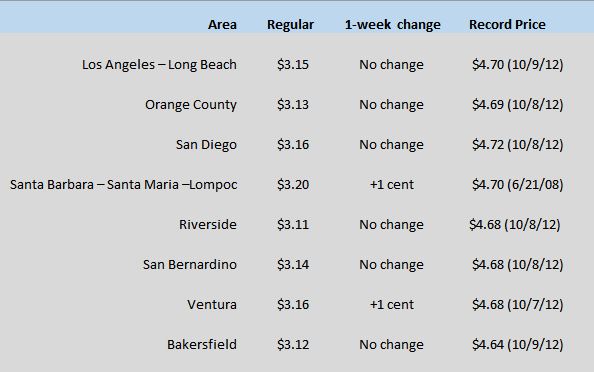