As traffic begins to pick up across the country with increased vaccinations and decreased pandemic restrictions, the Auto Club of Southern California reminds drivers about the importance of focusing on the road ahead and not on their smartphones. April is National Distracted Driving Awareness Month and the Auto Club has just released the results of a survey to assess driver attitudes and behaviors toward distracted driving.

The online AAA survey conducted in several states, including California, revealed the following:

Even though using a hand-held device is illegal while driving and while stopped at a red light or stop sign in California, and in many other states, the survey suggests some drivers do so anyway and aren’t aware of the “hangover effect,” which comes from interacting with technology while on the road. In a study by the AAA Foundation for Traffic Safety, researchers found drivers can experience a “hangover effect” where the mind stays distracted for up to 27 seconds after using smartphones or voice-to-text vehicle infotainment systems to send text messages, make phone calls or update social media.

“Even if drivers perform some of these tasks while parked, or stopped at a red light, once you start moving, and even after you stop using the technology, your mind is still not fully focused on the task of driving for up to 27 seconds.” said John Boyle, Auto Club President and CEO. “This is a dangerous situation that could lead to inattention blindness, where you’re looking at the road but not seeing what’s in front of you, putting other drivers, bicyclists, and pedestrians at risk,” said Boyle.

This is the fourth year of the Auto Club’s distracted driving prevention initiative called, “Don’t Drive Intoxicated. Don’t Drive Intexticated.” The goal of the multi-media initiative is to remind drivers that the consequences of both alcohol-impaired driving and smartphone use behind the wheel could be the same - crashes that result in deaths and injuries. In addition to the survey, the Auto Club released a new television public service announcement (PSA) which targets drivers who text while they are alone in their vehicle.

To help share this safety message with the public, the Auto Club joined today with the California Highway Patrol, the family of Amy and Marlenne Lorenzo and retired LAPD detective Moses Castillo. On April 4, 2019, the 12- and 14-year-old girls were walking to school in South Los Angeles when a truck hit them in a crosswalk. Police say the driver of the truck was looking at music videos on YouTube when the crash happened.

“For the last two years, when we have holidays, birthdays, Thanksgiving, Christmas, New Year, it’s different because we have two empty seats at our table. Two empty spaces that will never be filled again,” said the girls’ uncle Tony Lorenzo.

The City of Los Angeles and LAPD recently installed a memorial sign at the intersection where the crash happened (Broadway and 37th Street) that reads, “Yield to Pedestrians – In Memory of Marlenne & Amy Lorenzo.” Caltrans will also display “Don’t Drive Intexticated” on thousands of highway Changeable Message Signs (CMS) throughout the state. 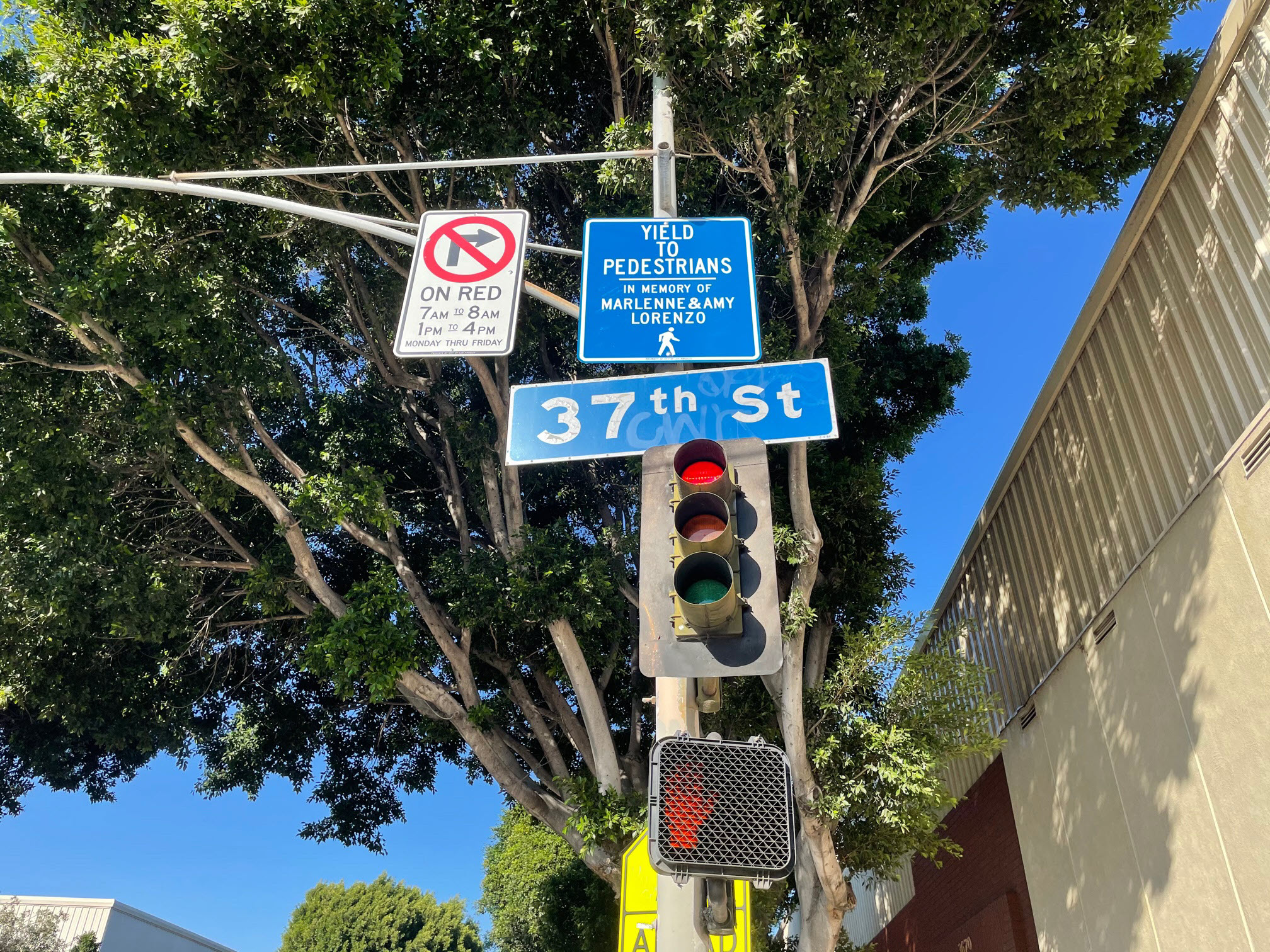 “If you’re driving, please don’t text. Put your phone on silent, or there is a driving mode on the phone these days that you can use, so you won’t be distracted while driving. A text will never be more important than a life.” said Lorenzo.

According to the National Highway Traffic Safety Administration (NHTSA), in 2019 distracted driving crashes killed 3,142 people in the U.S., an average of 9 deaths per day. That number was up 10 percent from the year before (2,839 deaths in 2018). In California alone, 132 people died in 2019 as a result of distracted driving. The AAA Foundation for Traffic Safety’s 2019 Traffic Safety Culture Index revealed distracted driving remains a growing traffic safety problem. The survey found most drivers (96 percent) believe typing or reading on a hand-held cellphone while driving to be very or extremely dangerous, but 39 percent admit to reading and 29 percent admit to typing on a smartphone at least once while behind the wheel within the last month.

The Auto Club encourages all Southern Californians to eliminate distracted driving by following these tips: