Southern California gas prices stayed fairly steady over the past week with just slight increases in some areas, according to the Automobile Club of Southern California's Weekend Gas Watch. Today’s retail statewide average is $3.23 a gallon for regular unleaded, one cent higher than last week.

The Weekend Gas Watch monitors the average price of gasoline. As of 9 a.m. on Aug. 27, averages are: 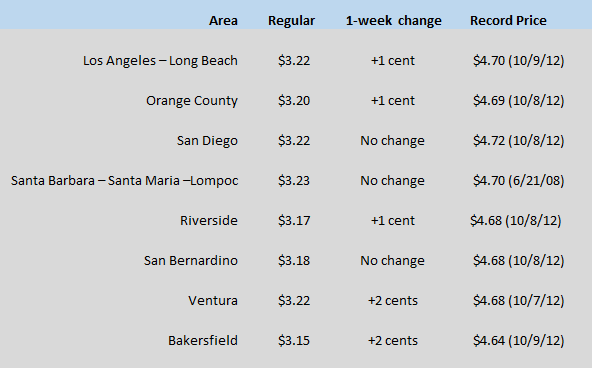