Yesterday’s 3.2-cent increase did not noticeably change gas prices this week, as prices settled at a plateau for the first time in two months, according to the Automobile Club of Southern California's Weekend Gas Watch. Today’s retail statewide average is $3.07 a gallon for regular unleaded, which is a penny higher than last week.

“Los Angeles wholesale gasoline prices have not continued their upward push of the past two months because a pause on reopening the economy has created worries about fuel demand. However, drivers have not seen a drop at the pump either because of the gas tax increase,” said Auto Club spokesman Doug Shupe.

The Weekend Gas Watch monitors the average price of gasoline. As of 9 a.m. on July 2, averages are: 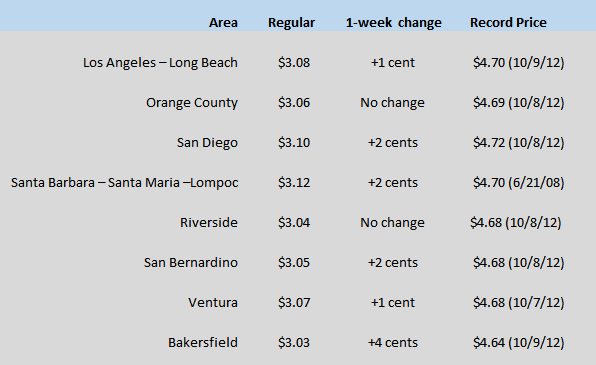