NOTE: This is a correction from an earlier report stating seven tankers of gasoline have arrived or are on the way. Those tankers contained jet fuel, but one tanker with regular fuel has arrived in Los Angeles.

Production and inventories for California gasoline continue to dwindle, but gasoline imports from overseas have arrived this week in Los Angeles which has helped to minimize increases in pump prices, according to the Automobile Club of Southern California’s Weekend Gas Watch. Today’s retail statewide average is $4.15 a gallon for regular unleaded, which is three cents higher than last week.

The Weekend Gas Watch monitors the average price of gasoline. As of 9 a.m. on May 20, averages are: 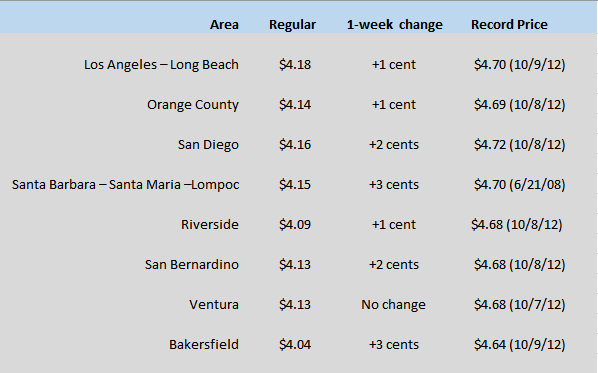