As the local economy continues to reopen, fuel demand is gradually increasing and has now pushed up gas prices for seven straight weeks, according to the Automobile Club of Southern California's Weekend Gas Watch. Today’s retail statewide average is $3.06 a gallon for regular unleaded, which is four cents higher than last week.

“Yesterday’s California Energy Commission Fuels Report looking at the previous week showed that California-blend gasoline production is down about 15 percent from this time last year, which is the second-highest level of weekly production since the COVID-19 shutdowns began and an indication that gasoline demand continues to grow,” said Auto Club spokesman Jeffrey Spring.

The Weekend Gas Watch monitors the average price of gasoline. As of 9 a.m. on June 25, averages are: 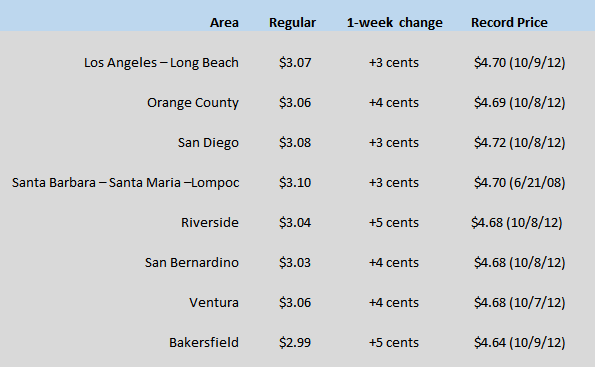