Continued reports of high gasoline inventory have are moving gasoline prices in Southern California downward in most areas, although not very quickly, according to the Automobile Club of Southern California’s Weekend Gas Watch. Today’s retail statewide average is $3.22 a gallon for regular unleaded, one cent lower than last week.

The Weekend Gas Watch monitors the average price of gasoline. As of 9 a.m. on Sept. 24, averages are: 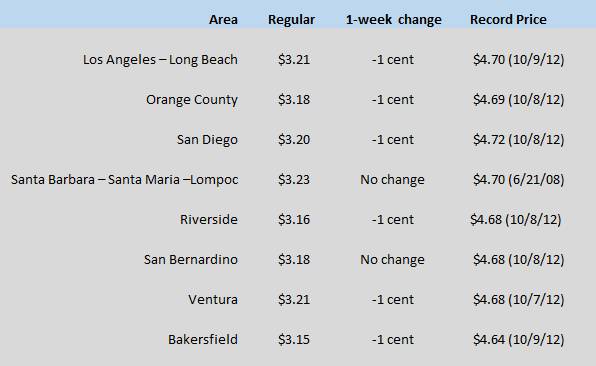