As Thanksgiving draws nearer and fewer Southern Californians are planning to travel for the holiday, gas prices continue to be stable, according to the Automobile Club of Southern California’s Weekend Gas Watch. Today’s retail statewide average is $3.18 a gallon for regular unleaded, which is the same as last week.

“Some of the low-price leaders among local gas stations have dropped their prices over the past week, but most pump prices are not budging right now,” said Auto Club spokesman Jeffrey Spring. “We would normally see prices start to drop toward the end of the year, and that still may happen.”

The Weekend Gas Watch monitors the average price of gasoline. As of 9 a.m. on Nov. 12, averages are: 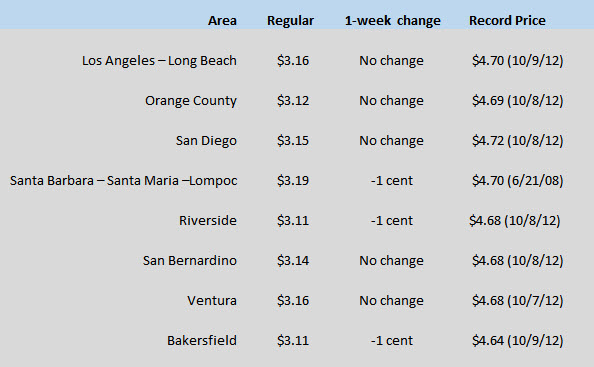