Statewide stay-at-home orders have thus far had no effect on gas prices, according to the Automobile Club of Southern California’s Weekend Gas Watch. Today’s retail statewide average is $3.18 a gallon for regular unleaded, which is unchanged for two straight weeks.

“California gasoline stockpiles have increased for three straight weeks while production has dropped, according to Oil Price Information Service,” said Auto Club spokesman Jeffrey Spring. “Normally, this would push down gasoline prices, but wholesale prices have not yet dropped much in response to the new orders.”

The Weekend Gas Watch monitors the average price of gasoline. As of 9 a.m. on Dec. 10, averages are: 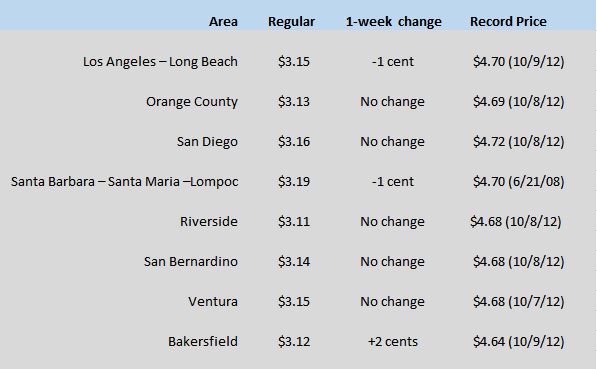