A major refinery fire in Carson that began Tuesday night is contained, but so far gas prices have not been affected, according to the Automobile Club of Southern California's Weekend Gas Watch. Today’s retail statewide average is $3.48 a gallon for regular unleaded, which is a penny less than last week.

“The Marathon Refinery fire certainly has the potential to create a major supply issue in Southern California depending on the extent of the damage and how long it takes to repair the affected units,” said Auto Club spokesman Jeffrey Spring. “However, oil prices are dropping dramatically this week in anticipation that gasoline demand will drop worldwide because of the Covid-19 coronavirus, and that trend may help to counteract upward pressure on prices from the fire.”

The Weekend Gas Watch monitors the average price of gasoline. As of 9 a.m. on Feb. 27, averages are: 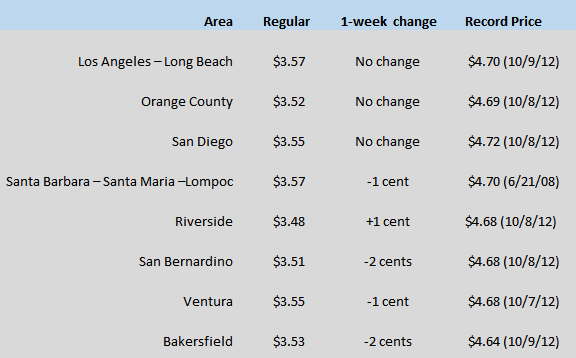