The average price for regular gasoline in most of Southern California fell below $3 per gallon as demand for fuel continues to drop with people staying at home, according to the Automobile Club of Southern California's Weekend Gas Watch. Today’s retail statewide average is $2.92 a gallon for regular unleaded, which is nine cents less than last week.

“Most regions last saw prices this low in 2017,” said Auto Club spokesman Jeffrey Spring. “Although the rate of declining prices is slowing, California reformulated gasoline production continues to drop, and inventories continue to increase, so we expect to see retail prices continue to move lower.”

The Weekend Gas Watch monitors the average price of gasoline. As of 9 a.m. on April 9, averages are: 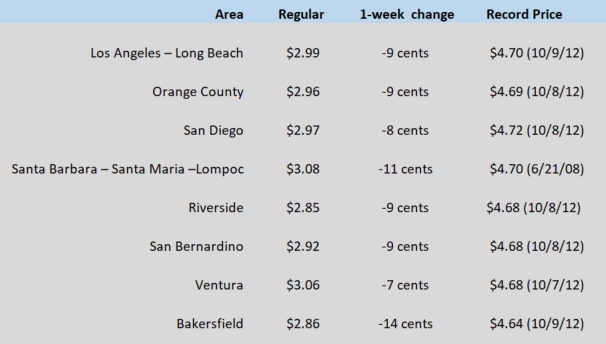