“Oil Price Information Service reports that according to the California Energy Commission, the state’s refinery production of gasoline has dropped for the fourth straight week and fuel stockpiles are now lower, but so is demand,” said Auto Club spokesperson Doug Shupe. “Even with lower production, Los Angeles and San Francisco wholesale gasoline prices are now lower than New York, so there should be further pump price drops ahead as long as that trend holds.”

The Weekend Gas Watch monitors the average price of gasoline. As of 9 a.m. on Dec. 15, averages are: 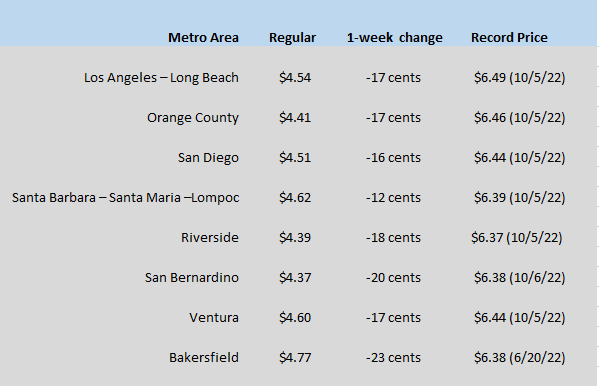