Gas prices in Southern California took a pause this week from their steady rise throughout most of the summer, but the break may not last, according to the Automobile Club of Southern California's Weekend Gas Watch. Today's retail statewide average is $3.19 a gallon for regular unleaded, unchanged from last week.

“This morning, Oil Price Information Service reported that refiners were buying excess supply on the spot market, indicating a possible production shortfall,” said Auto Club spokesman Jeffrey Spring.  “If that trend holds for the next few days, we can expect pump prices to start rising again.”

The Weekend Gas Watch monitors the average price of gasoline. As of 9 a.m. on Aug. 13, averages are: 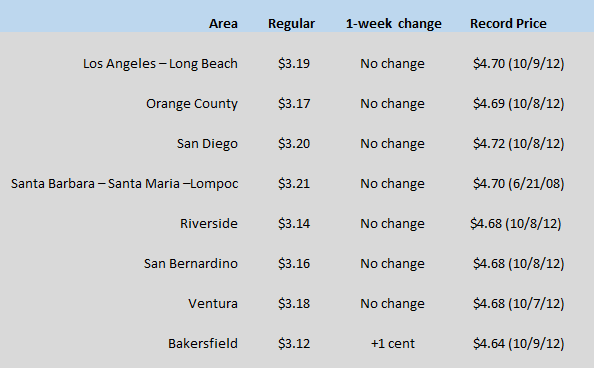