The Weekend Gas Watch monitors the average price of gasoline. As of 9 a.m. on Jan. 12, averages are: 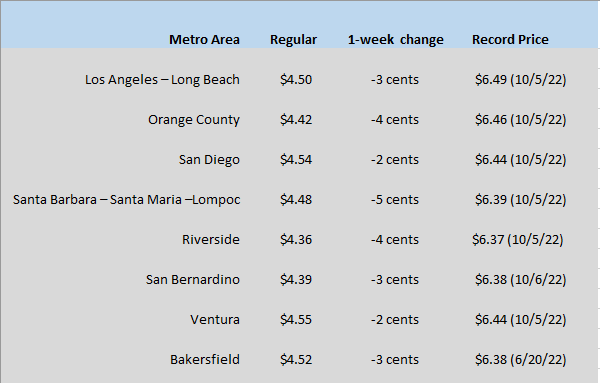