“We are unfortunately heading toward the time of year when California drivers start to see rapid price increases due to refinery maintenance season and the ramp-up to producing the more expensive ‘summer blend’ of gasoline, which is required to be sold starting April 1, but usually arrives in gas stations well before that,” said Auto Club spokesperson Doug Shupe. “Hopefully there will be at least a few weeks of price stability before that happens.”

The Weekend Gas Watch monitors the average price of gasoline. As of 9 a.m. on Jan. 19, averages are: 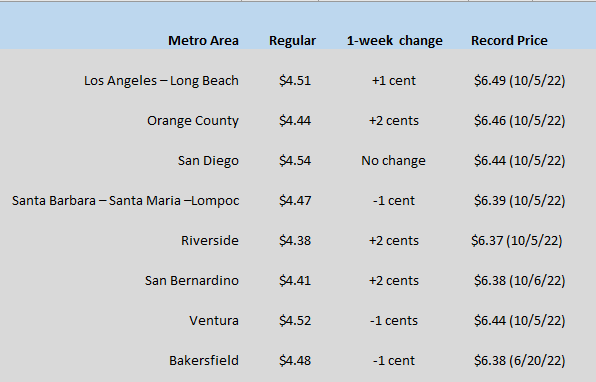