News of imported gasoline arriving helped to push down Southern California gas prices on Wednesday and today, but refinery problems resurfaced this morning, according to the Auto Club’s Weekend Gas Watch.

“Los Angeles wholesale gasoline prices declined considerably starting Friday on news that imported gasoline and gasoline components had arrived to refill local supplies,” said Auto Club spokesman Doug Shupe. “However, the Torrance refinery that had problems earlier this month reported a new flaring incident this morning, indicating it may be shutting down again for repairs. It’s not clear yet how significant this is or whether it will affect gas prices.”

The Weekend Gas Watch monitors the average price of gasoline. As of 9 a.m. on March 31, averages are: 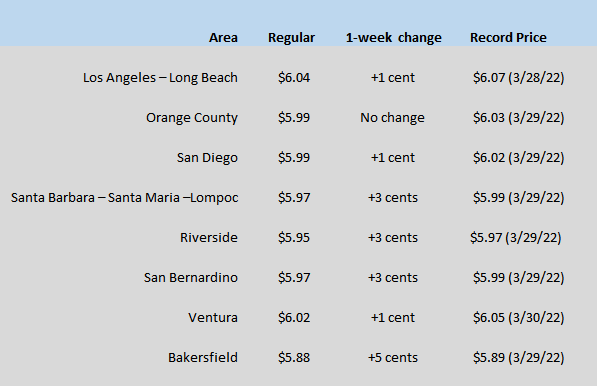