Local gas prices continued trickling downward in most Southern California cities, according to the Automobile Club of Southern California's Weekend Gas Watch. Today’s retail statewide average is $3.50 a gallon for regular unleaded, which is two cents less than last week.

“Southern California gasoline average prices continue to be the most expensive in the country, and recent declines in oil prices worldwide have not yet made much of an impact locally,” said Auto Club spokesman Jeffrey Spring.

The Weekend Gas Watch monitors the average price of gasoline. As of 9 a.m. on Feb. 13, averages are: 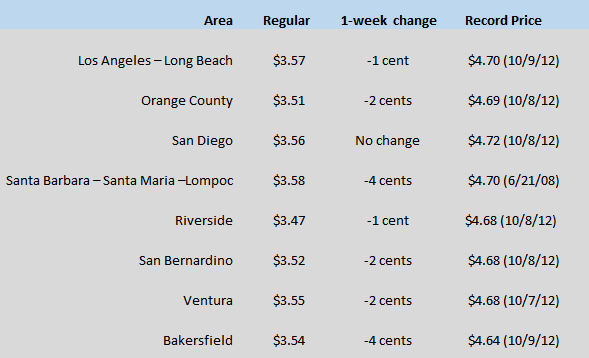