U.S. and California prices skyrocketed over the past week into new record territory because of continued concerns over oil supply, according to the Auto Club’s Weekend Gas Watch. The average price for self-serve regular gasoline in California is $6.40, which is 19 cents higher than last week and a new state record. The average national price is $4.97, which is 25 cents higher than a week ago and also a new U.S. record.

The Weekend Gas Watch monitors the average price of gasoline. As of 9 a.m. on June 9, averages are: 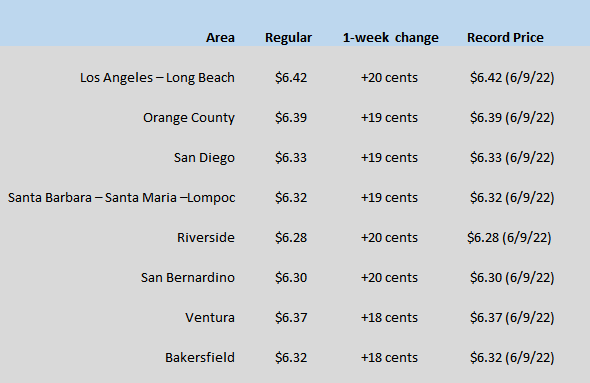