Drivers in Southern California and across the nation are paying a pretty penny to hit the road this summer. The monthly national gas price average has increased from $3.00 in May to $3.07 in June to $3.15 in July. The beginning of August will likely be as expensive as July, especially as crude oil prices remain around $70 per barrel. An increase in global crude production is expected this month. However, even with the additional supply, global demand could outpace global supply and keep prices high.

“Now that we are in the final month for summer road trips, we encourage drivers to take simple steps to maximize their fuel efficiency before heading out on vacation,” said Auto Club spokesman Doug Shupe. “Keep your vehicle well-maintained and be sure your tires are properly inflated, pack your bags inside the vehicle instead of using luggage racks which creates drag and reduces fuel efficiency, and avoid jackrabbit starts and speeding which burn more gasoline.”

As many travelers take final summer vacations and others return to school this month, AAA reminds drivers not to rely heavily on in-dash fuel economy displays. Just released AAA research found that a vehicle’s “miles to empty” estimates vary significantly, and drivers could be taking an unnecessary risk if they over rely on these displays. With more expensive gas prices, motorists may be trying to stretch their tank to empty, but AAA recommends drivers watch their gas gauge and fill up when it reaches a quarter of a tank. 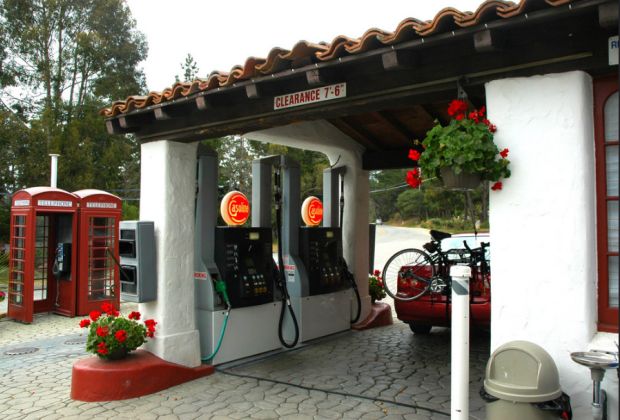